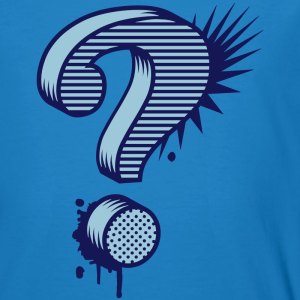 The curse of knowledge is a common cognitive bias that leads us to believe that the people we typically interact with know just as much as we do.  It’s an unhelpful default setting that stems from our natural assumption that those around us possess mental models akin to our own.  As teachers – relative experts – we’re particularly susceptible to succumbing to the curse: it’s easy for us to assume that our students have much higher levels of knowledge than they actually do.  And even when we don’t, it can still be difficult for us to recall how complicated it can be to assimilate knowledge that we are confident with and take for granted.

Here’s a brief example…  An Inspector Calls, by J. B. Priestley, is a play about the suicide of a working-class girl named Eva Smith.  It’s a staple GCSE text.  The action takes place in the dining room of the Birling family home during a single evening in 1912.  The stage directions at the beginning of the first act are intended to signify to the audience that the Birling family (unlike Eva) are affluent:

Edna, the parlour maid, is just clearing the table, which has no cloth, of the dessert plates and champagne glasses etc. and then replacing them with decanter of port, cigar box and cigarettes. Port glasses are already on the table. All five are in evening dress of the period, the men in tails and white ties, not dinner-jackets.

It’s easy to assume that the signifiers – the stuff that shows us that the Birlings are prosperous – are obvious:

In reality, however, our easy recognition of the signifiers on stage is contingent on a sizable amount of tacit cultural knowledge.  Whilst it might be relatively straightforward to make the inference that a parlour maid is actually a paid servant because Edna is clearing the Birling table, the other signifiers – particularly the port and the white tie formality – are more obscure.  You either know that it’s customary to drink port towards the end of a meal, and that doing so fits in with a very particular set of social conventions, or you don’t.  Equally, you either know that white tie evening dress is the most formal dress code – more formal than, say, black tie – or you don’t.  There’s no real middle ground.

In a sense, students don’t necessarily need to know these granular details.  The fact that the Birling family have a servant, are dressed formally, and appear to eat and drink pretty well is enough evidence to suggest that they are rich.  Fundamentally, this is the key point, and one that students tend to grasp without much difficulty.  However, it’d be a shame to stop there.  And, actually, it would be limiting to do so.  Understanding that the Birling family are actively engaging in complex systems of etiquette is vital to fully appreciating Priestley’s exploration of class in Edwardian England and beyond.

Some students will undoubtedly be fully armed with the cultural knowledge required to successfully decode the staging conventions at a higher level.  Some, like me, might dress formally for dinner each evening.  Others may well have done so on occasions in the past.  Some students might have decent second-hand knowledge, gleaned from period dramas or wider reading.  However, it’s a moot point: some students will know and others won’t.

Breaking the curse of knowledge should be easy but, in reality, it’s pretty tough.  It’s surprisingly difficult for us to imagine what it’s like for someone else not know the things that we do.  We tend to take a lot for granted.  The assumption, for example, that most teenagers are au fait with the conventions of post-dinner port drinking seems ridiculous now that I’ve called it out.  However, in the moment, it can seem perfectly reasonable.

Clearly, there are plenty of other bits in An Inspector Calls that have blindspot potential – for example, the reference to the ‘Huns’ not wanting war or the meaning of the quaint phrase ‘steady the buffs!’  And across the curriculum and beyond, there are countless areas where the curse of knowledge can strike…  So, how best to break it?  Firstly and most importantly, you need to be aware of the curse itself.  However, beyond that, here are a few ideas…

Finally, here is an essay by Steven Pinker, a psychologist from Harvard University, on the link between the curse of knowledge and poor quality academic writing.  If you get a moment, take look.